Half of Spain in 11 months starting on December 26th. Educational journey.

1. Madrid. from December 26th 2016, 20 hours a week, 12 weeks through the end of March. Accommodation in a student apartment. One week break.
New Year – Febreary – March

2. Sevilla. 2. The Spanish course that started in Madrid continues here, 20 hours a week, for 8 weeks, April through May. 2. Accomodation in a student apartment.
April – May 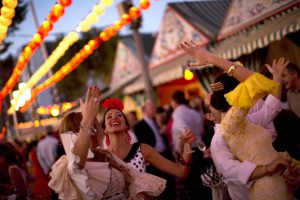 2. Sevilla is the capital of Andalucía. The best time to visit Sevilla is spring.
And also: the most grandiose Semana Santa (Easter week) in Spain, Feria de Abril – the April Fair in Sevilla, Huelva, Cordoba, Cadiz, Ronda, the famous white villages of Andalucía, and, of course, flamenco, sevellanas and plenty of good food and wine. 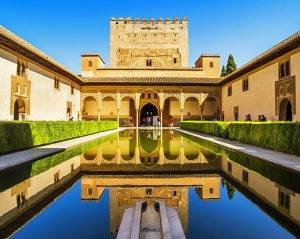 Relocation to Alicante through Granada (by bus or rented car). Two/four days in Granada (that week the course is on break). Granada is the mystical Alhambra, the Arabic heritage, a walk in the unique Sierra Nevada National Park.

4. Alicante.  The Spanish course continues, 15 hours a week for 11 weeks. Accommodation in a student apartment. One week the course is on break.
Июнь – июль – август 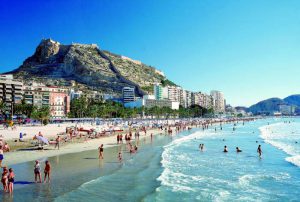 Also in Alicante: the sea, the beaches, sailing and other water-related entertainment, summer dance parties, water park, the ferry from Denia to Ibiza, the freshest seafood, the traditional drink horchata and, again, Spanish wines for wine-lovers.

Bus trip from Alicante to Barcelona through Valencia, where you can stay for a couple of days. Two days in the fun-loving Valencia. Visits to the City of Arts and Sciences with its unforgettable L’oceanogràfic, degustation of the genuine paella valenciana, trips on roller skates/inline skates/bicycles in the unique green park, situated in the former Turia river bed that goes through the whole city. 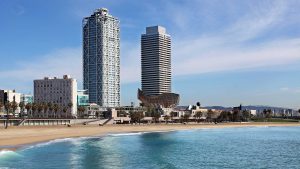 Barcelona is a business city, use the opportunity to make new business contacts.
And in Barcelona: Sagrada Familia, Ramblas, the beaches of Catalonia, the ancient Tarragona, the Pyrenees, the nightclubs in Barcelona, Halloween Barcelona-style, Barcelona FC.
The language course ends one week before departure.

The package includes: language courses in all the cities for 43 weeks, allocation in Madrid, Sevilla, Alicante and Barcelona. As well as participation in the cities’ free fetes.

The most comfortable relocations between the cities will cost you about 130€.
You choose yourself tours and trips you want to make. We tell you about the alternatives and you choose according to your interests. We can help you to book accommodation in Granada and Valencia.

The whole package price is 9 231€. The price is guaranteed when a deposit a 1000€ is paid before October 31th 2016. After this date the prices may fluctuate a little.